The neighborhood was first developed in the post-war building boom of the 1950s. Developers Lou Burgener and Carlos Tavares called their community Clairemont after Tavares' wife, Marjorie Claire. 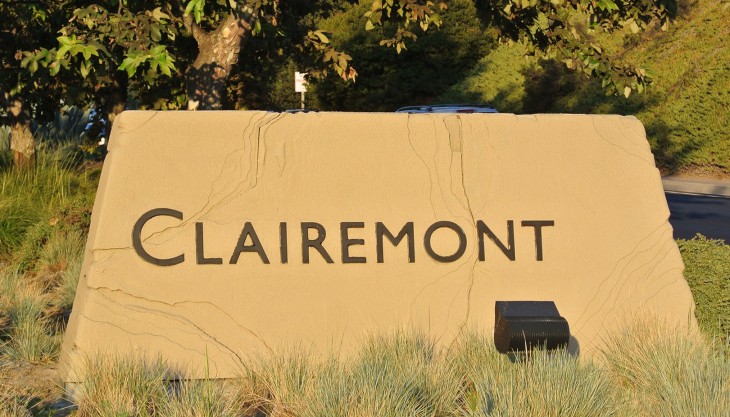 Originally dubbed, "The Village Within a City", people started living in Clairemont in May, 1951.

Clairemont's design represented a new concept in community living because it did not incorporate the traditional grid system of uniform blocks and streets. Instead, winding streets and scenic view lots took advantage of the canyons and bluffs overlooking Mission Bay. The first homes, built by Burgener and Tavares Construction Company, had highly customized floor plans.

Before any homes were built in the new development, Tavares & Burgener invested $125,000 in off-street improvements including sewers, water, and access roads; this was necessary because the proposed development was not adjacent to any developed areas. The original Subdivision map that used the name “Clairemont” for the first time was approved and recorded by the County of San Diego on October 16, 1950. The map was named “Clairemont Unit #1, Map #2725”. This is the area in Clairemont that includes Deerpark Dr., Burgener Blvd., and Grandview St. from Field St. to Jellett St. According to Burgener, "Between 1952 & 1954, seven homes were constructed a day". It is also noted that Clairemont was the largest development of its kind in the country.

Within a few years, several thousand houses had been constructed, including single family homes, duplexes and apartments. Since Clairemont was somewhat removed from the city proper, commercial business and retail shopping, schools, libraries and other city amenities were designed into the overall plan. Although the concept of suburban living is commonplace today, this approach was considered novel and Tavares' vision for Clairemont had far-reaching implications for San Diego as it stretched the city limits outward and began the now familiar pattern of migration from city to suburb.

San Clemente and Tecolote Canyons were designated parks in the 1970s. Milton Street was the only access from Old Highway 101 (Morena Boulevard) up to the new subdivisions. The 1950s and early 1960s added many new shopping centers and access roads to crisscross the area. Many of the original shopping centers have been redeveloped